Burrows-Getz Concert at the CSA 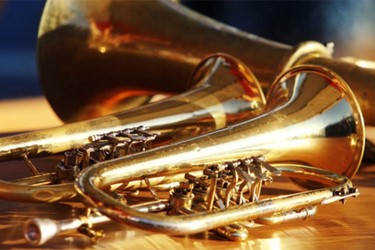 The group is led by Tom Riccobono, Interlochen professor and conductor of the Benzie Symphony Orchestra, who makes appearances in multiple orchestras both nationwide and internationally.  Their members are all remarkable; Vince DiMartino is a famed trumpet performer, educator, and jazz artist, and has performed across the U.S. as lead and solo trumpet since graduation from the Eastman School of Music in 1972. Gabriel DiMartino, his son, is also well-established in the field, with his extensive educational experience leading to demand for his performances as a recitalist and touring artist. Justin Phillips is a freelance performer and teacher with multiple degrees in horn performance and education, and David Zerkel is a distinguished professor/performing artist of Tuba and Euphonium with teaching experience spanning over 20 years as well as appearances with many symphony orchestras.

The concert is free and open to the public, and the program is listed below: