The Journey of the Meeting House Bell 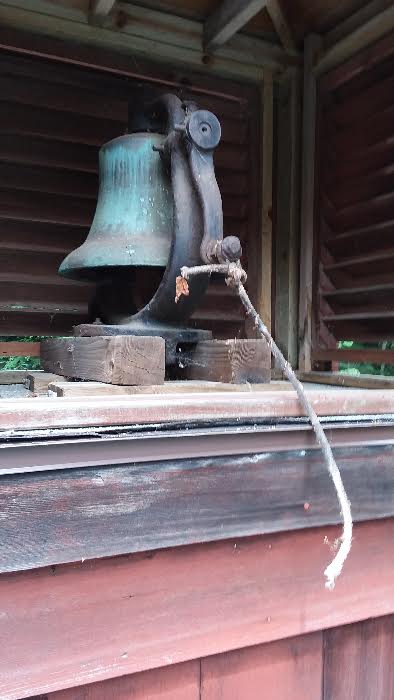 Everything at the CSA has a story, whether it’s the streets we walk on or the sand we dig our toes into. The tolling of the Meeting House bell is such a constant that we almost don’t think to ask about it; but as with everything, behind that strong, musical ringing lies a fascinating history.

The 300-pound brass bell wasn’t originally created to hang in our grand meeting house. In fact, it was removed from an Illinois Central Railroad engine in Chicago, falling into the hands of James L. Taylor in 1960. He wanted to arrange for it to be donated to the CSA, but he couldn’t find a way to get it there - at least, not until John Hawley showed up.

In an anecdote that is still told around the CSA to this day, John Hawley put the gigantic bell into the back of his car, then drove all the way from Chicago to Pilgrim with it in his trunk. Nancy Hawley Morrison, his daughter, says that his car was a 1956 Buick that could just barely handle the weight! “[It] caused the rear shock absorbers to go into ‘max lifting’,” she recalled. “The result was that the headlights of the car aimed at the treetops throughout the entire trip north.” With some difficulty, he and the bell made it all of the way to Pilgrim safely, and the bell was then installed in the Meeting House and has resided there ever since. 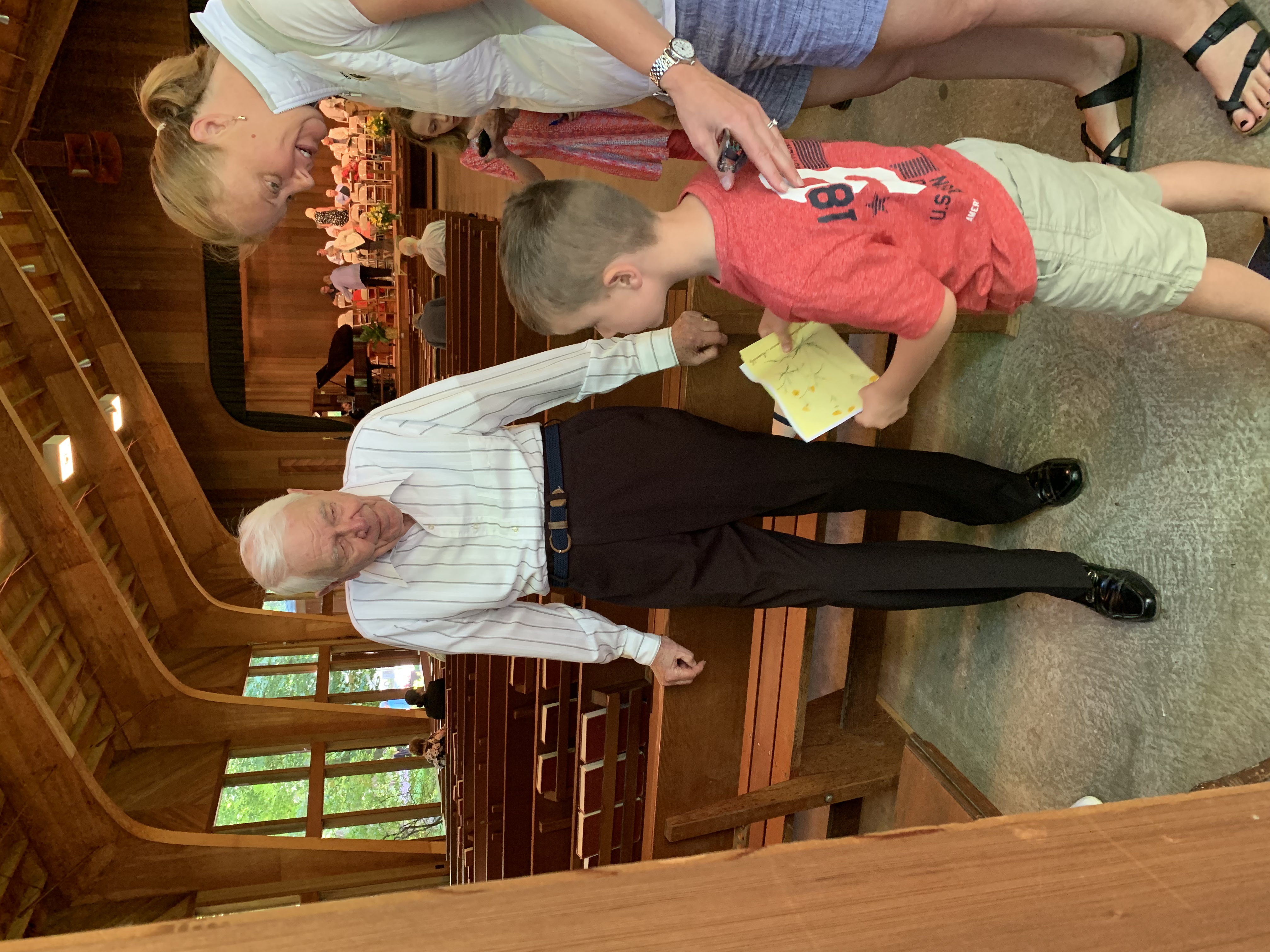 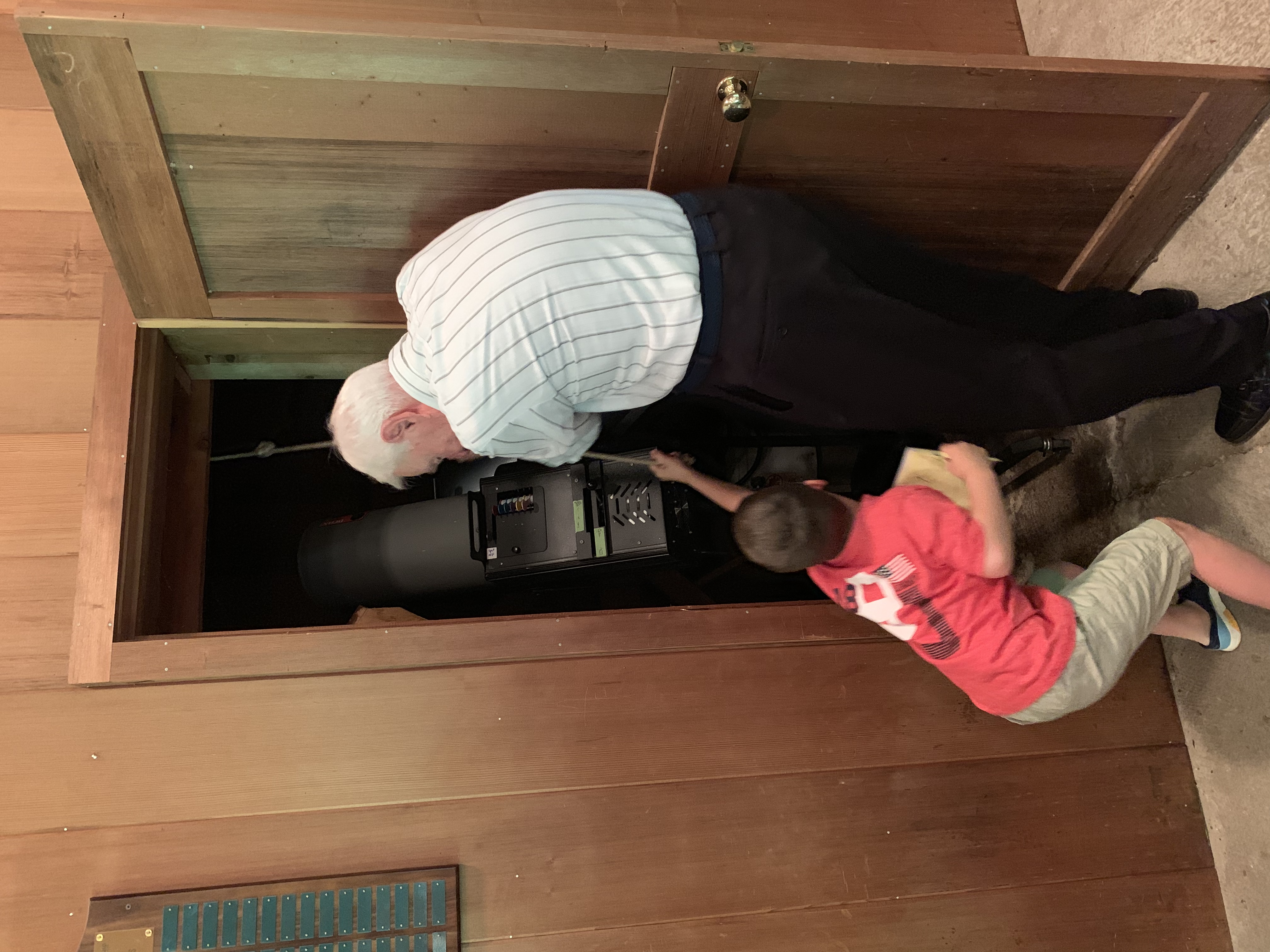 The bell’s main purpose is to call Assembly members to the Sunday services. Russ Freeburg, who is 98 years old and a former usher, has been ringing the bell on Sundays for over 16 years. The job usually falls to one of the ushers, but since he’d been doing it for so long, there was a mutual agreement that he could continue even after he retired from his position as an usher. On Sundays, the bell rings twice: 20 minutes before 11:00, and five minutes before 11:00. “There’s always a rush at the end after the second bell,” Russ said, smiling. “Everyone comes at the same time.” The bell also rings for emergencies (i.e. a fire), and for weddings.

Though most of the original parts of the bell stayed intact over its time at the CSA, Russ and Ken Cox ran into a problem when they tried to ring the bell as a signal of the “end” of the pandemic. “The rope snapped sometime during the pandemic year… it finally wore out. It might’ve gone back to when the bell was installed,” Russ commented. Though the rope was later replaced with the rope from the old Crystal Lake swimming lines, the loss of the old rope shows just how long the Meeting House bell has served our community.