Words From The Woods

The late great Nobel-winning author V.S. Naipaul stated—and I paraphrase—that as a writer, every word you write should be painful. While I think this is a bit overly dramatic and extreme, I take his point that word choice can be a heavy and intense exercise.

I have just completed my first book, a non-fiction narrative account of a youth orchestra in the Korogocho slum in Nairobi, which is currently being touted around by my agent to publishers. As I was in the three-year process of writing my book Sir Naipaul’s words haunted me. I struggled how to best describe the deep blue of the vast Kenyan sky (Azure? Sapphire?) and I went back and forth as to whether “pungent” or “fetid” was the most expressive word to describe the stench of the Dandora dumpsite, which is on the edge of Korogocho where my orchestra members live and play their music.

Finishing the book—at least the writing part—has come now as a relief and it’s been interesting this summer talking with my mom, Eleanor (who is working on her second book) and my two brothers (Joe who is as well working on his second book on independence movements in post-colonial southern Africa, while Reb’s book is mentioned below) about the writing process. It’s also been fascinating to find out more about other authors within our CSA community and I suspect Sir Naipaul’s words have struck a chord at some point for all of us writers as the tapping of our keyboards echoes through the northern woods. As the Authors and Artisans fair is almost upon us, August 7th, here is a roundup of some books and plays that CSAers have completed in the last few years:

"I Spy... A Pig in A Plane” by Kristy Pollina Kurjan (children’s lit & lifestyle magazine) 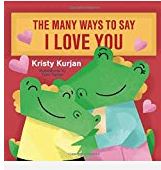 Kristy grew up spending her summers at the CSA and her first job was a lifeguard at the CSA beach. She now lives in Traverse City with her husband and three children. She is currently the editor of “Traverse City BayLife Magazine”. She told me via email that, “I have three baby board books published by my company, KPO Creative LLC: “Nap-a-Roo”, “Dream Sweet Dreams” and “The Many Ways To Say I Love you.” My fourth board book in the series is titled and coming out this fall.” The books can be purchased at stores throughout the country and locally they can be found downtown at The Bookstore in Frankfort. They are easily found on Amazon at: https://www.amazon.com/Kristy-Kurjan/e/B00L1TXZ56

“Inside the Front Page” by Russell Freeburg (non-fiction memoir)

I never intended to write a memoir…An old friend, Gertrude Terry, is responsible. She asked me to join a writing group in her home once a week. She had this caveat: I had to work on a memoir or I couldn’t come. Her stipulation seemed a fair exchange to enjoy her company along with the company of other writers. “Inside the Front Page” is about my time in the newspaper business working for the Chicago Tribune in Chicago and Washington, DC. I actively covered four presidents and met others as governors.

Previous books by me are “Oil and War” published in 1987 by William Morrow and Company and “There Ought to be a Place” published by the Congregational Summer Assembly. “Oil and War” tells about the role oil played in victory or defeat in WWII. “There Ought to be a Place” is a history of the first 100 years of the CSA.” Russ’s memoir is available on Amazon or stop by the cottage and buy an autographed copy to benefit the CSA Education Fund. Follow his blog at russellfreeburg.com

The play will be at the American Airlines Theatre on 42nd Street and Debra Messing (from “Will and Grace” fame) plays Ernestine Ashworth, who spends her 17th birthday agonizing over her insignificance in the universe. Soon enough, it’s her 18th birthday. Even sooner, her 41st. Her 70th. Her 101st. According to the Roundabout’s site the play is of, “Five generations, dozens of goldfish, an infinity of dreams, one cake baked over a century. What makes a lifetime…into a life?”

Noah wrote in an email that the CSA children’s operettas were his first exposure to theatre of any kind. “I played a bee in 'Sky Happy,' a squire in 'A Dragon's Tale,' and all I remember from 'Tom Sawyer' was sitting on the edge of the stage pretending to fish. I was probably the worst actor to ever grace the Assembly's stage. Which is maybe why I became a playwright. From a bee to Broadway. An unlikely journey." Tickets for the play are available at roundabouttheatre.org

“The U.S. Senate and the Commonwealth: Kentucky Lawmakers and the Evolution of Legislative Leadership” by Reb Brownell and Senator Mitch 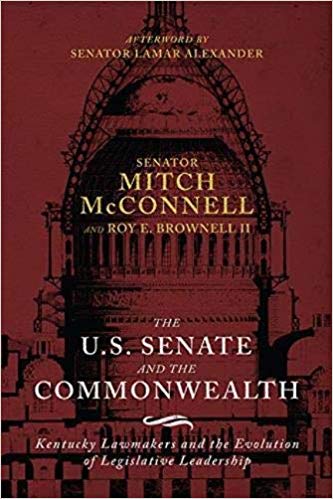 My brother Reb, the former deputy chief of staff for the Senate majority leader, co-authored this book that details the history and evolution of U.S. Senate leadership institutions (including the vice presidency, the Office of President Pro Tempore, and the Office of Majority Leader) through the lives and careers of prominent Kentucky senators (like Henry Clay). No matter what side of the aisle you are on, for those interested in politics, it’s a well-researched and important read. Richard A. Baker, US Senate Historian Emeritus, has stated that the book “is prize worthy” and sets forth a compelling case for Kentucky’s unique contribution to the U.S. Senate. The book is available on amazon.com.

“What She Ate” by Laura Shapiro (non-fiction/biography)

Journalist and food writer Laura Shapiro spent a number of years researching the six women she chronicles in her 2017 book. According to 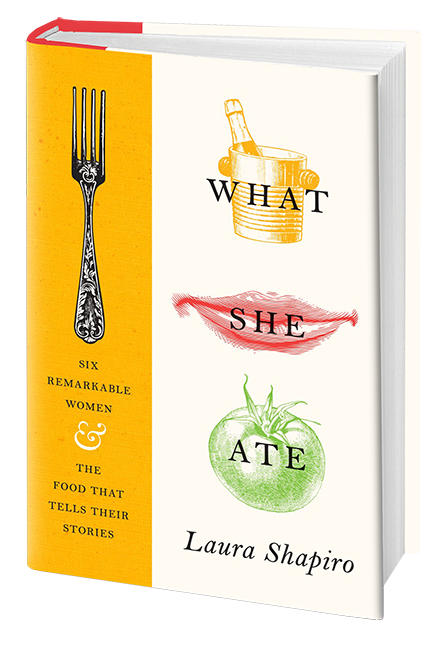 her website: “Everyone eats, and food touches on every aspect of our lives—social and cultural, personal and political. Yet most biographers pay little attention to people’s attitudes toward food, as if the great and notable never bothered to think about what was on the plate in front of them. Once we ask how somebody relates to food, we find a whole world of different and provocative ways to understand her. Food stories can be as intimate and revealing as stories of love, work, or coming-of-age. Each of the six women in this entertaining group portrait was famous in her time, and most are still famous in ours; but until now, nobody has told their lives from the point of view of the kitchen and the table.” An engaging summer read for those interested in how food has shaped the lives of some of history’s most intriguing women. Also on amazon.com

Born in Greenfield, Ohio in 1923, the sweeping autobiography of Kay’s first 15 years is an insight not only into her personal history but an important account of an American childhood in the early part of the 20th century. Her self-published book (the first of what she says is likely to be nine or 10 volumes) takes readers from Missouri to Virginia, Oklahoma, Texas and Washington State. Kay is currently busily working on volume two, which will be focused on her courtship and early marriage (and will also cover World War II including her time working on the Manhattan Project at the University of Chicago), so stay tuned. To obtain a copy, email Published posthumously after Robert’s untimely passing last April, the book is the eighth in the Pete Thorsen mystery series and set in rural northern Michigan. In this thriller, a visitor appears at Pete’s lakeside home, bringing along personal baggage that upends the lawyer’s world. Pete needs the help of his detective friend to clear his name against accusations that could end his career. The murky world of sleazy sex clubs and mob bosses feature as intriguing backdrops in his page-turning “Vendetta”. You can order it at amazon.com and find it at The Bookstore in Frankfort.