Citation for Long and Valued Service to the Assembly, 2015 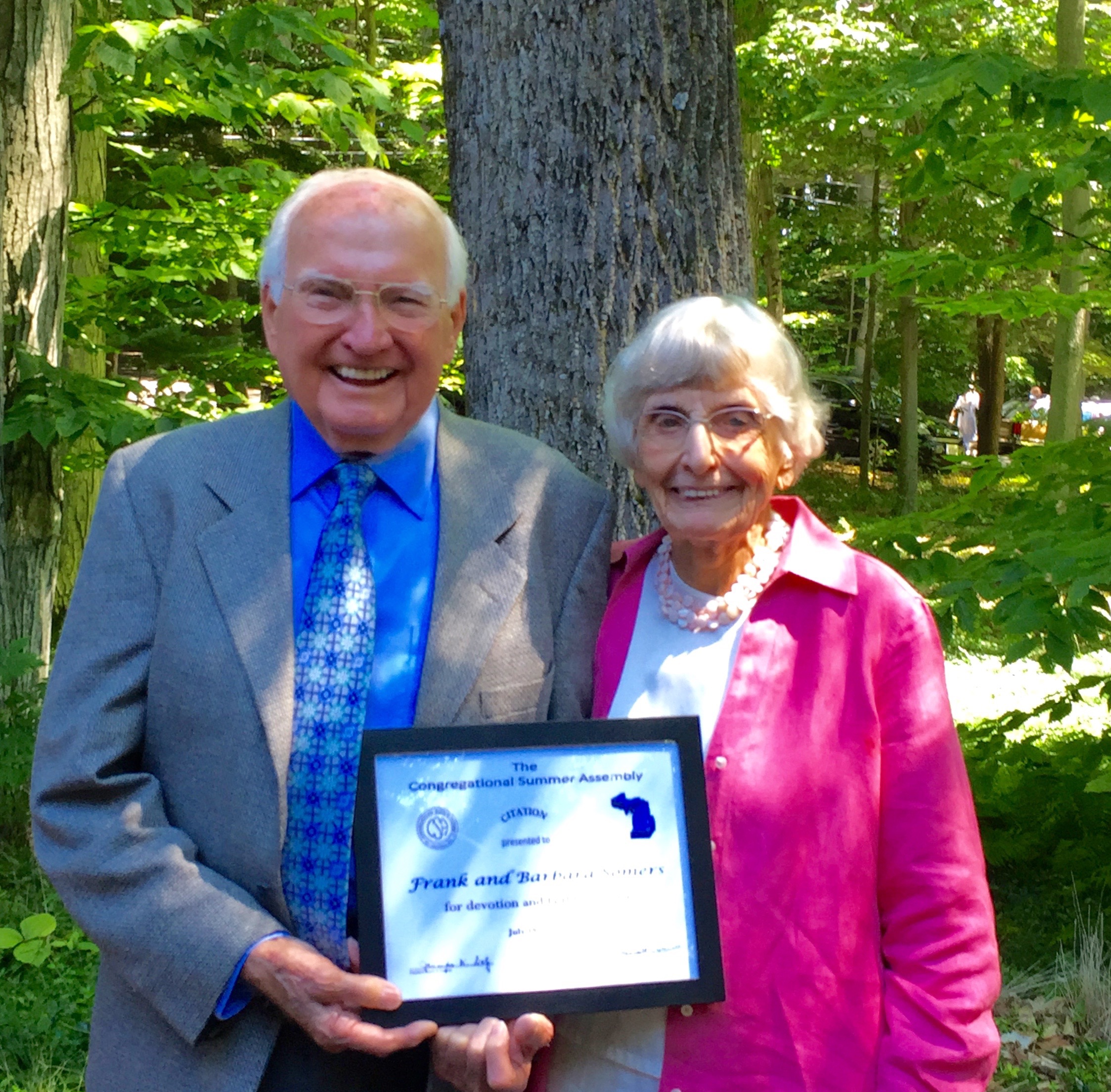 Every summer we come to the Assembly hoping and expecting that things will be as wonderful as in each year before – believing that whether we need re-creation or recreation, chances to teach or to be taught, days to make decisions or to go with the flow – all these things will be here for us.  That they are here is because of the many people who volunteer their time and their ideas to the Assembly.  Some of our wonderful volunteers represent clans of many generations, some have “married in,” and some have more recently come and become irreplaceable members of the Assembly extended family.  But all have in common a love of the CSA and a desire to help it flourish.  Each year the Citations Committee has the good fortune to recognize exceptional volunteers and to remind all of us that the reason the Assembly is the place we love is because of the support given by many over the years.

This year we are pleased to present the Citation for Long and Valued Service to the Assembly to a couple – Barbara and Frank Somers.  Let me tell you a bit about them.

R.J. Bennett first came to the Assembly in 1905 from the Northside of Chicago where he had been active in the Congregational Church and the YMCA.  A wholesale grocer who had been burned out in the Chicago fire, his creditors had offered to accept reduced payment, but he demonstrated the combination of rigorous ethics and entrepreneurship that would later benefit the Assembly and he rebuilt his business with such success that he paid back all his creditors with interest.  Involved with the CSA here in Pilgrim from its beginning, when there was a need for more permanent structures than tents he provided the major funding both for the Dining Hall and for the auditorium named the Bennett Auditorium, that preceded this Meeting House.
His great-granddaughter, Barbara Brownell, grew up in Kalamazoo.  She would spend two weeks each summer with her grandparents, Bessie and Will Bennett, in the cottage built by R.J. Bennett in 1915 - on Standish Road at the S. Shore Road.  Those years of the late 1930’s and early 1940’s were quieter years at the Assembly with no phones, few cars, and lots of family time.  In recent years when they were remodeling the old cottage the family almost didn’t put in a dishwasher because, Barbara recalled, “That’s when I talked with my grandmother – doing the dishes.” (Note: they put it in anyway.)

Barbara enrolled at Northwestern University where she was an English major, a member of Tri Delta sorority, and a fan of the football team that went to the Rose Bowl in her senior year!  After graduation she lived with three sorority sisters in Chicago and worked in advertising – in the early “Mad Men” years!

Meanwhile, Frank Somers was growing up on a farm in Illinois.  After his freshman year at the University of Illinois he joined the army and spent 3 years with a mortar battalion in Europe during WWII, returning a decorated veteran in 1945.  He went back to the University of Illinois on the GI Bill.  During the summer of 1947 he visited Kalamazoo with his roommate and, in the wonderful way of serendipity, his roommate had a friend who knew a girl named Barbara Brownell.  At the end of summer, back in school, Frank would hitchhike from Champaign to Chicago on the weekends – he says that wearing a buddy’s glamorous Air Corps jacket seemed to get him rides faster than wearing his own jacket.  When he graduated he went to Kalamazoo and got a job with The Sutherland Paper Company – staying with them through several changes of ownership for 40 years.

Frank and Barbara were married in 1951 and spent much of their married life being sent from place to place by the company as Frank advanced in management.  They lived in Pittsburgh, Omaha, Des Moines, Kansas City, Saratoga (CA) – and each of their 4 children was born in a different place.  Finally they were able to move back to Michigan and at last could spend more time in the place that for them, as for so many of us, was more home than any other place.

With a big porch looking over the lake it was inevitable that over time their garage would fill with things that float – paddleboards, kayaks, motorboats – and they loved swimming and the beach.

Barbara’s service to the Assembly has always been the quiet kind that can be overlooked – unless you are working with her.  That’s when you realize how much she cares about the Assembly, how much time she’s given, and how much she has contributed.  She was a long time volunteer with the Women’s Association, helping with all the many services it has provided through the years, as well as serving on its board, and she has spent many many years on the Membership Committee – meeting every week of every summer, offering an open, welcoming, and thoughtful perspective from her long experience.
Frank brought his energy and his business experience to this Assembly that he had come to see as a welcoming home.  He was on the Property Management committee for years as member and chair, served on the Board of Trustees as vice-president and a member of the Executive Committee; he was a member of the Long Range Planning committee for several years and for 16 years was on Bud Strong’s famous Septic System Review committee.

We always make the point that there are many ways in which individuals provide dedicated service to the Assembly – through committees, through highly visible activities, and through being mindfully present, helping when help is needed and contributing thoughtful critiques and ideas as new ways of doing things are proposed.  Frank and Barbara Somers represent all those things while contributing greatly to the level of civil discourse that will help the CSA continue to be the place called ”home” by future generations.  Those who have shared time with them over the years have long noted and appreciated the quiet but significant ways in which they have enriched the lives of all of us.

Barbara and Frank – we’re delighted to recognize your contributions to the Congregational Summer Assembly with this Citation.  Your names have been placed on the plaque at the back of the Meeting House and members of the congregation can greet you outside after the service.